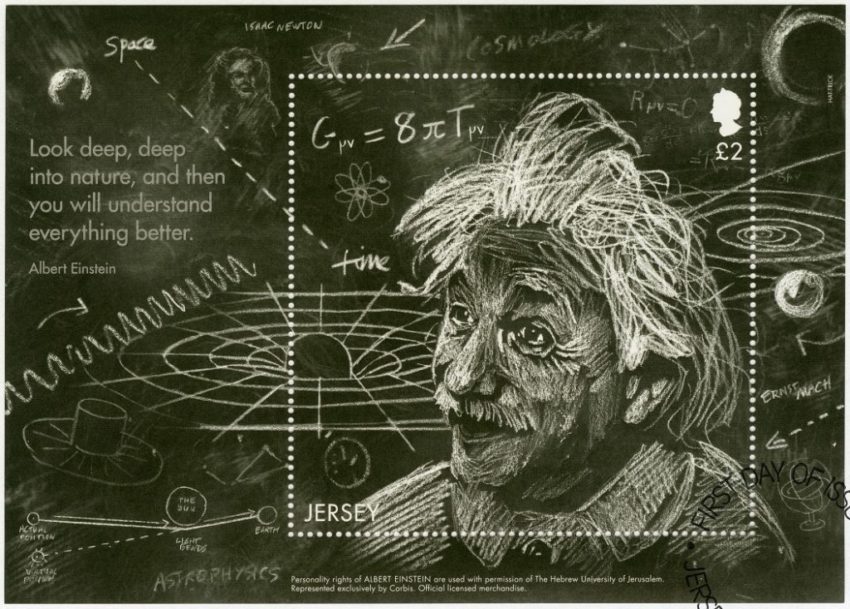 Now more than ever, businesses need to think outside the box. With technology developing at a rate faster than ever before, modern businesses and the people running them could be forgiven for needing some time to catch up.

For businesses looking to move into the future, we can start by learning from the past.

Evolving from speech to screens

The first modern humans evolved from their predecessors between 200,000-300,000 years ago, and humans developed a capacity for language just 50,000 years ago. So far, slow change.

Fast forward to the Industrial Revolution (1750–1900) and there is a worldwide phenomenon where we see advances in power technology for the first time. This was a major change for humankind. In the 1900s, Einstein submitted his first scientific papers which changed the way scientists understood physics.

Jump ahead to more recent times, the first smartphone was introduced in the early 1990s and Apple released the first iPhone in 2007. Since then, there has been rapid change. At present, UK adults spend around 50 days a year on their mobiles. The average time we spend using smartphones is expected to surpass 4 hours daily by 2021.

Innovation seems to be happening faster than humans can adapt. Computer chips have become increasingly powerful while costing less. We are building automated vehicles and perfecting artificial intelligence. We are making leaps and bounds forward.

Change at such a rapid rate poses challenges for modern businesses. How do they keep up? How do they innovate? One way is to learn from a great mind from the past: Albert Einstein.

Widely regarded as a genius, Einstein shifted the status quo by questioning accepted scientific constructs of the nineteenth century. With unbounded creativity, his genius took life through his thought experiments.

What can we learn from Einstein to help us navigate the modern business world?

Einstein’s explanations of the nature of light became the basis of what we know today as quantum mechanics and his work helped make television possible. His theory of relativity completely changed the contemporary understanding of space and, as Bill Bryson wrote, “merely changed the world.”

All businesses should strive for innovation and have the confidence to question current models. Without innovation, we don’t move forward. To innovate is to transform, to revolutionise, and to bravely push the boundaries of what we know.

And yet, Einstein also acts as a warning. His equation E = mc2 foreshadowed the atomic bomb. Whilst businesses must invent and innovate, they must also recognise the potential for both positive and negative applications of those innovations and diligently work to stay on the right side of

In the education system and within businesses, there is not always as much encouragement for curiosity as there should be. However, without that driving force of inquisitiveness, how can we develop the innovations we need to move forward?

Einstein wrote that discovering the “wonders” of a compass and a book of geometry deeply affected his early years. His childhood curiosity, initiated by his first encounter with a compass, led to a lifelong fascination with invisible forces. Despite Einstein’s interests, he did not excel or even fit into the education system, being told by one teacher that he would never amount to anything. Other than that glimmer of curiosity, little of his early years showed the promise of what was to come.

Modern businesses should try to evoke the same childhood curiosity and hunger that was so abundant in Einstein, permitting creativity and originality in the workplace. In addition, hiring managers could consider the potential of candidates based on factors like curiosity, drive and passion in addition to education and more traditional assessment factors.

In business, we must test, test, and test some more. We should experiment, prove or disprove our hypotheses, repeat what works and adapt what doesn’t. Taking a leaf out of the book of Einstein (and all the brightest inquisitive minds of history, for that matter) it’s clear that experimentation is both necessary and transformational. Imagine the potential opportunities that could be discovered or, on the other hand, the feasible disasters that could otherwise be missed.

From market research to product testing, strategy and marketing, if we don’t experiment, how will we discover what works and put a business’ best foot forward?

Even outside of our day-to-day business activities, we should test, assess and evaluate. From mind mapping with Mind Doodle to see how we can reduce an office’s energy output to testing out increased flexibility for staff to start or finish their working day. Testing, adaptation and discovery are vital for any modern business.

Einstein left education without many prospects. He forfeited his German citizenship to avoid being drafted into the army and had few employable skills. Despite this, his dedication to physics and his courage to challenge existing notions meant he realised contradictions in the then pillars of physics that others did not.

Modern businesses require bravery. Any business, traditional or modern, comes with a degree of risk, whether that is linked to technological advancements, regulations, business models that fast become outdated, economic and political factors beyond our control, or fluctuations in the appetite of the consumer and changes to their values.

What a successful business realises is that some risks should be mitigated against, some are inevitable, and some risks, with a little bravery, are simply worth taking.

Many people have wondered if Albert Einstein may have had dyslexia. He had many dyslexia-related symptoms and learned better in creative environments.

Using spacial reasoning and his imagination, Einstein conceived the theory of relativity with a thought experiment. He envisioned himself riding on a car that was traveling at the speed of light. It is because he saw the world from a different perspective, and because of his creativity, that he came up with ideas that other scientists hadn’t imagined.

In the modern business environment, neurodiversity is a competitive advantage. Team members with ADHD, autism, dyslexia, dyspraxia and other conditions will also bring their own unique perspectives. Diverse thinking is important for any business, and invaluable when it comes to creativity and innovation.

Although international recognition did not come quickly for Einstein (even after publishing his paper on the theory of relativity he was turned down for a job as a lecturer, and then as a teacher) he eventually became known as world-renowned physicist and was seen as a successor to Sir Isaac Newton.

After expeditions testing Einstein’s theories in 1919, Nobel laureate J.J. Thomson said: “This is the most important result obtained in connection with the theory of gravitation since Newton’s day.”

In today’s hyper-connected world, it is potentially much quicker and easier for ideas to spread and for innovators to have global reach, although with such saturation, perhaps not so much impact. What modern businesses can learn from Einstein is that great ideas can grow to their full potential if you nurture them, even if it takes time and hard work.

Einstein was of the most influential scientists of the 20th Century. A lot has changed since then. Every business will need to adapt to fast-moving changes and advancements. It won’t be easy, and it will require bravery, curiosity, experimentation and innovation, amongst other things. However, what we can take from Einstein is inspiration. By learning from the past, what could your business become?