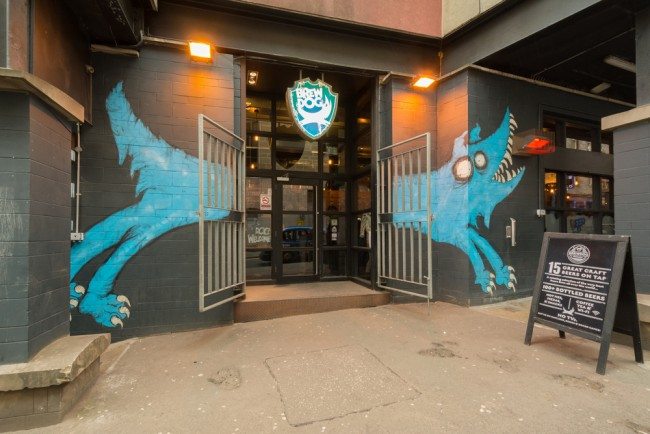 Brewdog, the company which brews some of Britain’s most loved craft beers such as Punk IPA, is equity and bond crowdfunding in an attempt to fund its latest projects.

Established by James Watt, Martin Dickie and one dog, the company has grown into a business that employs over 350 people, ships beers to over 50 countries, operates 32 bars worldwide and had an operating profit of £3.9 million in 2014.

The British beer-makers work towards the goal of simply putting the flavour and craftsmanship back into people’s beer glasses.

With its increasing size and popularity, Brewdog are hoping to build a new brewery and open new UK bars and a craft beer focused hotel with the money raised.

The new brewery, which will help develop a new range of craft beers, will also create 130 jobs.

Investors must pump at least £95 into the company, which will then give them two shares. However, invest from £500 in the BrewDog Bond and investors will get a fixed-rate cash return of 6.5 per cent gross interest per annum over a four year term. Bondholders will be entitled to rewards including discount in the bars and online store.