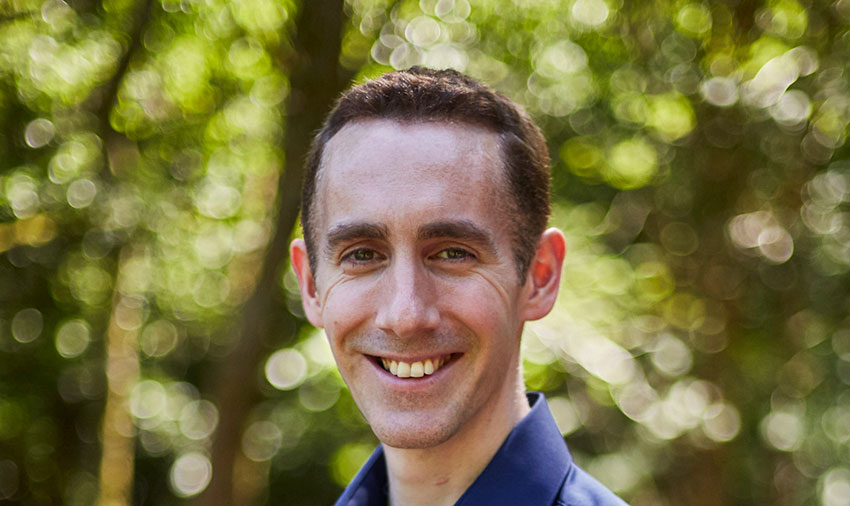 Today, Richard Newman is one of the UK’s leading experts on corporate communication and influence, running a multi-million pound global business that helps businesses and professionals get their messages across clearly and compellingly.

Since launching his UK-based consultancy, Body Talk, in 2000, the award-winning communication specialist and his team have supported more than 50,000 clients from more than 45 countries with great success. Thanks to their training, corporate teams have been able to win more contracts while professionals have secured coveted promotions and gained the confidence to lead effectively. Only last year, one client gained a staggering £1.2 billion in new business, winning 100 per cent of the pitches that Richard’s team coached them for.

Perhaps the pinnacle of his achievements came in 2014 when Richard beat over 500 fellow professionals to win the Cicero Grand Prize award for Best International Speechwriter – the most coveted award in the world of speech-writing.

It’s an incredible success story, and even more so when you discover that growing up, Richard was a deeply shy and introverted child with a deep fear of public speaking.

He recalls once attending a school debate where he was asked by the teacher to give a presentation to the class. Richard admits that being put on the spot, he froze, unable to speak. A classmate ultimately delivered the presentation.

Just a few weeks later one of his close friends – an intelligent and hard-working student with significant potential – had his university application rejected because of his poor communications skills. It was at this point that Richard realised that he had to become a good communicator if he was to make it in life.

It was in 1995 that Richard first came to learn the secrets of effective communication, while living in a Tibetan monastery on a gap year in India teaching English to the monks. There was no internet, no smartphones and even electricity itself was only rarely available.

The monks themselves couldn’t speak a word of English so Richard had to quickly work out how to communicate non-verbally. He was able to teach the monks to speak English using his body language and tone of voice, and despite the bitter cold and hardship, came away from the monastery with a new-found understanding of just how powerful communication skills can be in understanding and connecting with people at a deeper level.

His interest piqued by his unique experiences, Richard enrolled on a three-year degree at a leading London acting school upon his return to the UK.

Having to perform regularly soon knocked his shyness on its head and it was while studying that Richard first learned about the importance of stage presence, voice and storytelling to captivate an audience.

After graduating, he opened Body Talk and soon won his first contract, working with a well-known Formula 1 racing team hosting over 1000 presentations and events for their VIPs sponsors and clients from around the world.

The client gave Richard a 20-page script of technical information to deliver on their behalf. With every presentation, Richard and his team aimed to improve the impact by applying new techniques. This way, Body Talk discovered, tested and honed a complete tool-kit of skills that would work with every audience, from every industry and cultural background.

Richard’s reputation began to spread and Body Talk was appointed by the BBC for support with a TV project. The work snowballed from there, with a wide and varied range of new contracts to handle including training medical experts from 21 countries for an international conference in Prague.

Today, Richard estimates that 70 per cent of his agency’s work is international and Body Talk now secures over 700 bookings per year to support companies on conferences and events across Europe, the Middle East, Asia, Australia and North America.

Richard and his team works with more than 10,000 professionals across many industries per year, including not only those operating within the business sphere but also celebrities wanting to hone their communication skills in readiness for TV interviews.

Outside of his day-to-day work, Richard is regularly featured on BBC Radio and TV, discussing political leaders, influence and communication, as well as being featured in major publications including Forbes magazine, The Daily Telegraph and Daily Mail.

He has also contributed to the science of communication, with his original research being published in the Journal of Psychology in 2016. Working with UCL, Richard devised a study on leadership and influence which showed, among other things, that by making a few simple changes to communication style you can convince 42 per cent more people with your
ideas and increase by 44 per cent your perception as a good leader. 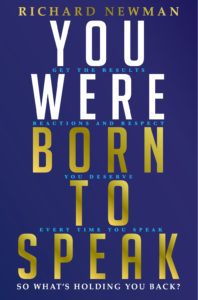 Richard Newman’s new book, You Were Born To Speak, will be published on Friday, December 7th, 2018, priced £14.99, and is available for pre-order now from Amazon UK .

If you pre-order You Were Born To Speak from the book launch website – borntospeak.com then you can attend the official launch in London on December 11th and get extra bonuses.

Profits go to AfriKids, Room to Read, and the Tibetan Children’s Education Foundation.