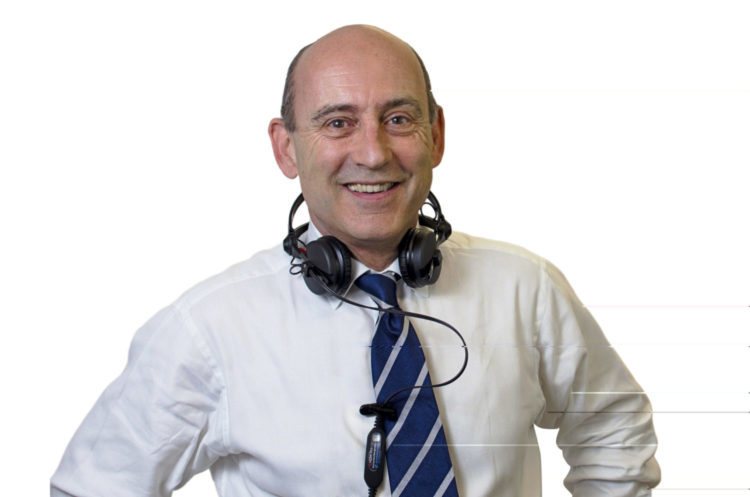 We talk to Stephen Wheatley about his inspirations in business and find out what he would have done differently given the chance.

My main role is to lead the business development function at LimitEar which involves me identifying exploring and then developing strategic partnerships with the leading headphone, headset and earpiece manufacturers across the broadcast, contact centre, industrial, emergency services and military sectors.

LimitEar is a UK technology company which helps users of headphones, headsets and earpieces to protect themselves against noise induced hearing loss (NIHL) from reproduced sound. The patent applied for technology offers Hearing Dose Management, which intelligently adjusts users’ sound levels in response to exposure to reproduced sound.

For example, I work closely with Sennheiser Solutions in the broadcast market and Advanced Communications Solutions (ACS) in the in-ear monitor sector. I’m also currently in discussions with headphone, headset and earpiece manufacturers in the blue light, defence and call centre sectors; in which many workers are vulnerable to NIHL.

What is your inspiration in business?

My main inspiration is to take a worthwhile idea, often that no one has ever heard of, and demonstrate its REAL value to people and make it part and parcel of everyday life. For example, I was part of the team of four that introduced TRACKER the UK’s first the stolen vehicle recovery system in the early 90s. I am particularly inspired by LimitEar as our technology gives people the most audible safe listening experience and helps protect them against NIHL.

From a sporting perspective, I admire Sir Dave Brailsford. He is the performance director of British Cycling, as well as general manager of Team Sky, and has truly re-invigorated British cycling; recruiting and nurturing a ‘golden’ team including Sir Chris Hoy, Sir Bradley Wiggins and Chris Froome.

I also admire Sir John Egan, who took on Jaguar Cars in the 80s, then a struggling business worth £300m, and turned it into a £1.6bn company which was sold to Ford. He actually went to the same schools as me, not at the same time, but growing up in Coventry close to Jaguar; I saw the tremendous impact he had with the dramatic Jaguar turnaround.

Last but not least – Lord Horatio Nelson is a huge inspiration to me. Had he not won the battle of Trafalgar, we would almost certainly be speaking French! He was a fantastic leader, inspired his men and it was through innovative tactics that he gained many of his victories.

Looking back, would you have done things differently?

I may have made some bad decisions but I have no real regrets. Both the good and bad experiences have shaped the way I am today, which is why I wouldn’t change a thing.

I’d advise people to not look back too much, just learn from previous mistakes and try not to make them twice!

There have been occasions where we have been confronted with apparently insurmountable issues, but for me, persistence pays off – quite literally, actually. We were trying to raise funds for the business in a very difficult financial environment and had many knock backs. That didn’t stop us, we knew this was a good idea and we restlessly tried to secure investment, then all of a sudden three groups wanted to invest at once.

The same applies with commercial relationships. If you believe it to make sense, stay committed and you’ll reach your goal. As Winston Churchill said ‘keep buggering on’.

Sense check your concept or idea with as many people as you can. And do it quickly.

Also, be persistent. Your clients and partners will respect the fact that you keep on trying and, for me, those hard won wins are often the sweetest.