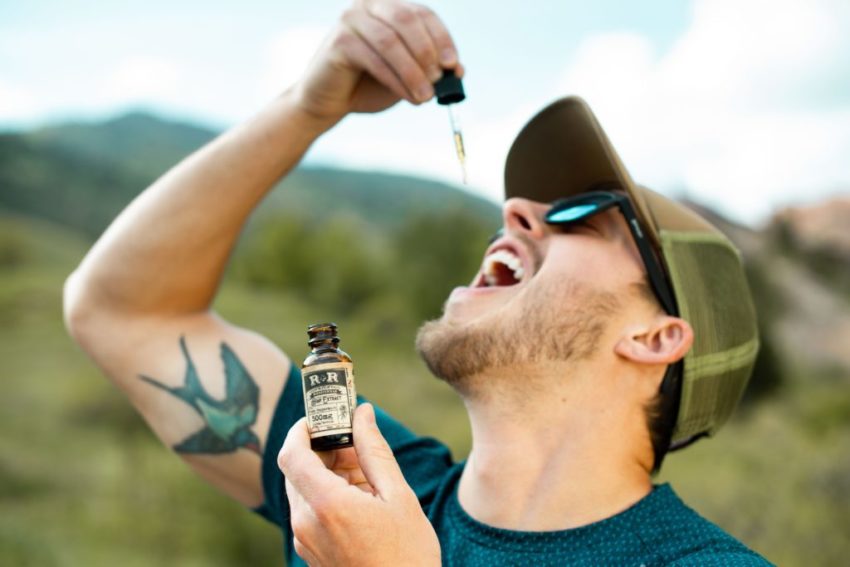 CBD oil is growing in popularity, which also means that its price is rising. Despite this, consumers continue to scramble on for supply.

For those that have become loyalists of CBD oil, it’s easy to see why. It promises so many outstanding benefits for the overall health of the body with very little to no side effects. This takes way the over dependency on synthetic medicines that have risky side effects.

Because of its high demand, many dispensaries are now on the rise. Some may not be as good as others, but a majority are of excellent and reputable brands. However, this also means a hefty price tag. If you’ve ever attempted to shop around online for some CBD – like, for example, Holland and Barrett CBD – you might have noticed that the price of CBD oil seems insanely expensive.

Despite CBD’s massive popularity, it feels like it would be cheaper to buy weed and make your own CBD oil than it would be to buy it from stores like those shown on Greenshoppers.

So, what’s with the strangely elevated price? Why on earth is CBD oil so expensive? Read on to find out more.

What Goes Into Making CBD Oil?

A large part of the reason that CBD oil costs so much is to do with the way in which it’s made. CBD oil doesn’t just grow out of the ground like regular medicinal marijuana. It undergoes intense chemical refinement and extraction. This extraction process is necessary, so that much of the healthy compounds of the CBD plant is preserved. This is one of the most important distinctions of quality medical cannabis products such as CBDAssist. If the extraction process isn’t given much care or thought, then the CBD product that you’ll have on hand will be of inferior quality.

The equipment required to create CBD oil is extremely expensive, requiring all kinds of complicated stuff. For starters, industrial hemp needs to be supplied and put through the extraction process. The hemp goes into a giant vat inside an extraction chamber and is then subjected to supercritical CO2.

More so, there’s plenty of research that goes into each use of the equipment. For dispensaries that are planning to open up, they’ll need to comply with the legalities for the equipment to be made, shipped and managed. This also adds up to the cost. Otherwise, the resulting CBD products may be considered illegal.

This CO2 has been heated to a point known as its supercritical temperature, which is the point when it acts as both a liquid and a gas. This weird state allows the CO2 to enter into the cell walls of the industrial hemp and remove the cannabinoids. These cannabinoids are taken through a few more chambers, where they are cooled and allowed to sublimate within inert oils, making them ready for ingestion.

Many CBD oil manufacturers also subject their CBD oil to an additional step known as winterization, which is a process whereby the mixture containing the CBD is cooled at different temperatures. This allows them to separate further out any terpenes or other cannabinoids like THC. This process filters them out, often resulting in a purer CBD isolate.

All of this careful, precise extraction costs money, and this is part of the reason why CBD is so expensive. But this precise extraction is necessary so you’re guaranteed of the quality of your CBD oil. More importantly, it’s very important that during this extraction process, the THC, or tetrahydrocannabinol is separated. This refers to that compound which makes CBD psychoactive. So, to come up with safe and non-psychoactive products, this compound should be absent.

However, it isn’t just the base costs of producing it – there are other costs as well.

What Are The Other Reasons For The Price?

Though it might not seem like it, there is a multitude of problems inherent in trying to make CBD oil.

Besides all of the inherent costs associated with the production, there is the issue of legal difficulties. Despite CBD oil’s legality in the western world, there are still plenty of cases where CBD oil producers get raided by the police.

This is a problem for CBD oil manufacturers especially because the process of CBD oil involves handling a large quantity of actual cannabis. Even though this cannabis is almost THC-free and completely legal, police sometimes still treat as it as being illegal.

This means that there is a fair amount of hazard costs associated with producing CBD oil. Manufacturers need to compensate for the fact that they might be shut down over a technicality or an overzealous police officer.

There is also the small, ever-present risk of handling technically illegal hemp when producing CBD oil. Selective breeding out of THC within marijuana strains for industrial hemp is not a precise science. This means that, sometimes, some industrial hemp used for the creation of CBD oil contains more than the allowed level of THC.

Though it isn’t the fault of the manufacturer, they could still wind up getting charged for possession. All of this needs to be taken into account with the price.

Additionally, a big part of the CBD manufacturing world needs to concern themselves with the governmental regulations surrounding CBD oil. What this means is that everyone involved in the CBD world needs to persuade local and federal governments of the importance of all things cannabis-related.

All this effort tends to involve contributions to campaigns, lobbying, and extensive efforts to help legitimize cannabis across the USA.

This is one of those things that sets the CBD oil and cannabis markets apart from other industries. CBD oil manufacturers need to be actively concerned with how the government considers their products, as they could wind up being shut down.

All of these reasons why CBD oil costs so much make sense, but they don’t tackle the main issue: Does it make the final price worth it to you, as an individual consumer? Understanding why beluga caviar is so expensive and sought after doesn’t make you magically able to afford it, after all.

The fact is, CBD oil is expensive for a vast variety of reasons, but it is going to get cheaper. As the legal issues surrounding cannabis products begin to relax, and more and more CBD oil manufacturers and retailers begin to spring up, the price is naturally going to go down.

The decision of whether or not CBD oil is worth it needs to be up to you, but just remember – it isn’t going to stay expensive for a long time. But if you’re convinced of its benefits then you wouldn’t mind the price. After all, it’s better to choose natural health products than to keep settling for synthetic ones. CBD oil not only brings about so many health benefits but it’s also free of any adverse effects in the long run. When you want to make that healthy change for your body, never settle when it comes to quality.