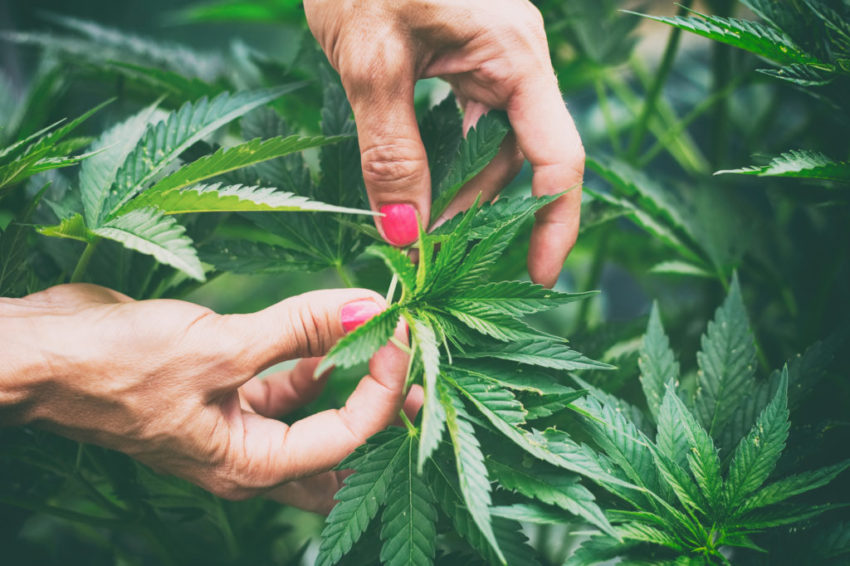 Cannabis, also known as weed or marijuana, among other names, is a preparation of the Cannabis sativa plant, the hemp plant, intended for recreational and medical uses and for these purposes various countries have legalized marijuana in their region.

Nowadays people can easily buy weed online. Cannnabis can be consumed variously such as by smoking, inhaling, or mixing with food. The main psychoactive chemical in marijuana, responsible for most of the intoxicating effects sought by recreational users, is delta-9-tetrahydrocannabinol, or THC. The Cannabis plant preparation also contains at least 65 other compounds that are chemically related to THC, called cannabinoids.

The neurotransmitter then binds to a receptor on a neighboring neuron, generating a signal in it, thereby transmitting the information to that neuron. Neuron communication is essential to all brain activities. The Endocannabinoid acts as a modulator of this transmission process. The activation of postsynaptic neuron leads endocannabinoids to be produced, released, and travels back to the presynaptic neuron where they activate cannabinoid receptors.

They control what happens next when the presynaptic cell is again stimulated by doing this. The general effect is a decrease in the release of neurotransmitters such as GABA or glutamate.

Here are some examples of ECS functions:

So how Cannabis can be harmful if it does what our body does to itself?

The endocannabinoids are short-acting transmitter substances. They are synthesized on demand and their signaling is rapidly terminated by specific enzymes. The amount of endocannabinoid messengers is tightly regulated accordingly to the body’s needs. A modulator that acts to fine-tune brain activities needs this regulation.

Weed users consume high amount of THC and as it is more stable than ECS so it can persist in the human body for long time. THC influences the whole ECS system, influencing normal brain functions since cannabinoid receptors are present in several parts of the brain and body, and the effects of THC are wide-ranging. It can slow down a person’s responding power, which could impair driving or athletic skills; disrupt short-term memory and higher thought processes, which could affect learning capabilities and judgment ability. High consumption of THC may also lead to reverse effects.

For example, according to medical studies, minimal doses of cannabinoids help to reduce anxiety, stress, and panic while high dose may actually increase stressful feelings, anxiety, fear, and appetite. It creates crave for sweet foods which can harm the body if taken in high quantity.

So, instead using steroid Canada is a good choice for an appetizer.  At it is well-known fact that smoke causes damages to lungs so smoking weed is harmful for the lungs too. So we suggest you to consume Death Bubba Strain in sufficient quantity.

Some studies done on animals suggest that marijuana exposure can cause long-term adverse changes in the brain. A study shows that when rats were given exposure to THC on different timelines such as before birth, soon after birth, or during early life then they show significant difficulties in learning and memory tasks later parts of the life. Long-term effects of marijuana in humans are still debatable mostly due to limitations of conducting research on human beings.

The recreational use of cannabis is harmful without a doubt, the Cannabis plant may be a valuable source of medicines. In recent time, the two main cannabinoids from the marijuana plant that are discussion of hot topic are THC and cannabidiol, or CBD. while CBD has more medicinal usages than THC. The THC is mainly used for recreational purposes and this has lead to online dispensary Canada.

These chemicals are used to increase appetite and reduce nausea in patients undergoing cancer chemotherapy. They may also be useful in reducing pain and inflammation, controlling epileptic seizures, and possibly even treating autoimmune diseases and cancers.