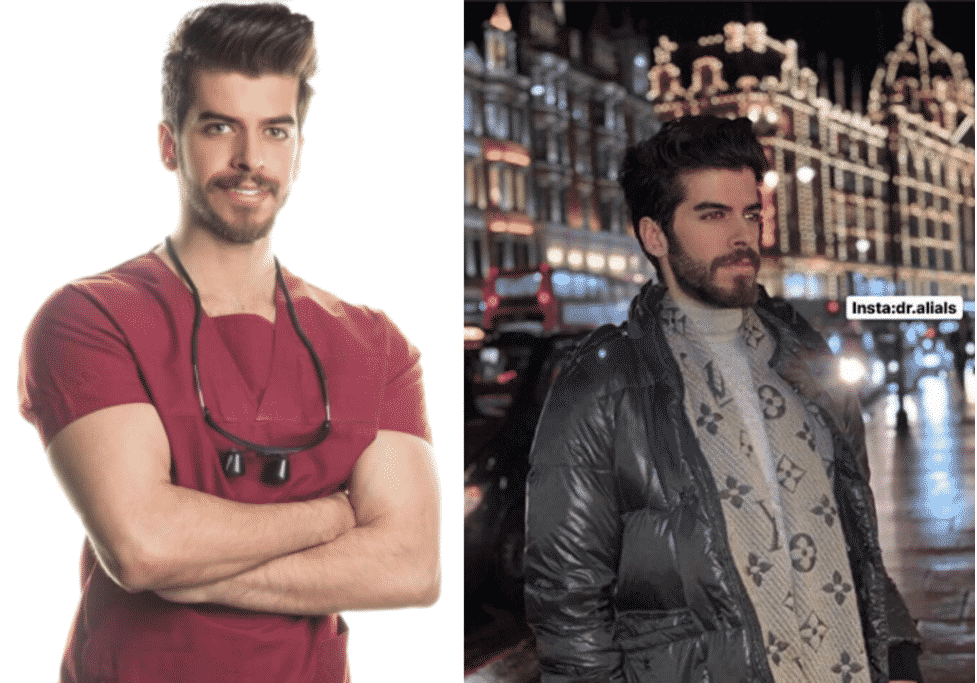 To him, inheriting a comfortable life of luxury was not an acceptable option as a person coming from an affluent family, he took the mission of sculpting his extravagant lifestyle from scratch that was based on his sheer hard work, grit and passion. His success empire is appreciated by millions that are taking him as an epitome of inspiration. To many, he is serving as a perfect role model for success through the ideal well-rounded lifestyle he is displaying. Taking the harder route is undoubtedly filled with obstacles, but thanks to leveraging his unmatched talents and favorable personality he overcame advertises to reach the very top as renowned athletic dentist.

Meet Dr. Ali AlSaqoby, a name from Kuwait that is synonymous to many talents and tremendous success in various fields. Being granted a prestigious scholarship from the government that only the elite can acquire to study dentistry abroad is nothing short of impressive and makes it not difficult to predict that he will become a successful dentist and reach celebrity status.

Dr.Ali AlSaqoby graduated from one of England’s top dental schools, but as a star he is not satisfied with something short of greatness, after receiving the prestigious title of ‘second most talented dental student in the UK’ and, having a master’s degree in dental surgery, he did not stop. His career and learning took off exponentially to the next level as he actively and relentlessly worked hard to improve himself from his profession to being a world class athlete and literally everything in between.

Being affiliated with Ministry of Health, his role and responsibilities exceeded just caring and treating patients with his unique approach as an excellent dentist. Helping young dental graduates refine their skills as a mentor is just a minor part of this Kuwaiti accomplished dentist professional lifestyle.  However, his skill as a dentist in such young age did not come easy simply because of his high talent but because of his passion too. His commitment to attend every dental related conference to learn about the latest advancement of technology, and patient care had help him contribute a revolution to this path.

His experience exceeded just treating the mouthas he is emerging as a facial aesthetics specialist in which his clients are eager to get his opinion and treatment, as per having the perfect aesthetics himself as a young, handsome and admired dentist with multiple talents.

Besides being a successful dentist, Dr. Ali AlSaqoby started focusing only on football skills since an early age following his injury that limited his movement on field! Dr. Ali AlSaqoby mastered the art of football skills (known also as football freestyle) and started performing well at competitions with outstanding results. He managed to go through world championships qualifier and be one of the top ranked globally. He shortly became a highly sought-after athlete for the gameby sponsors and world class events organisers.

It is worth noting that during his very demanding studies, he was still active in the football freestyle world. He made time to travel as a renowned athlete and yet keep time to excel his studies abroad as a dental student! One of his shows was in Expo Milan where he received a positive response for his exceptional performance. He was counted as “one of the most influential individuals in Expo Milan” when he received a gift from the head of the EXPO delegation.

With decades of experience in football freestyle, he qualified a role of Kuwait football freestyle president as being appointed by the World Freestyle Football Association, this led to his contribution to the revolution of Kuwait football freestyle scene. Organizing events and world-renowned events such as Redbull StreetStyle World championship’s national qualifier. In which he went beyond organizing and actually judged the competitor’s performance as the head of judging committee to be picking a champion that was set represent Kuwait in the world finals.

You would assume that the pandemic and its social distancing regulations such events would prevent this leader from creating more! However, his passion for the sport had led him to create successful official championships virtually! Keeping the player active and motivated yet safe. As a sport veteran, author and entrepreneur his new book will have an interesting combination of the aforementioned three with the main focus of football freestyle. Although, there is no exact release date, there is no doubt it would go viral!

With his enormous following across social media and incredible engagement coupled with his unique charisma, there is no doubt that Dr. Ali AlSaqoby message is always welcomed by his fans and followers across the world that admire him. As result, many had gained awareness about their dental and general health. Adding to the positive impact he has left with his well-balanced multifaceted lifestyle of being a successful entrepreneur, top athlete, author and renowned dentist to name a few resulting to an ultimate inspiration and motivation to those that aspire for success from all age groups!