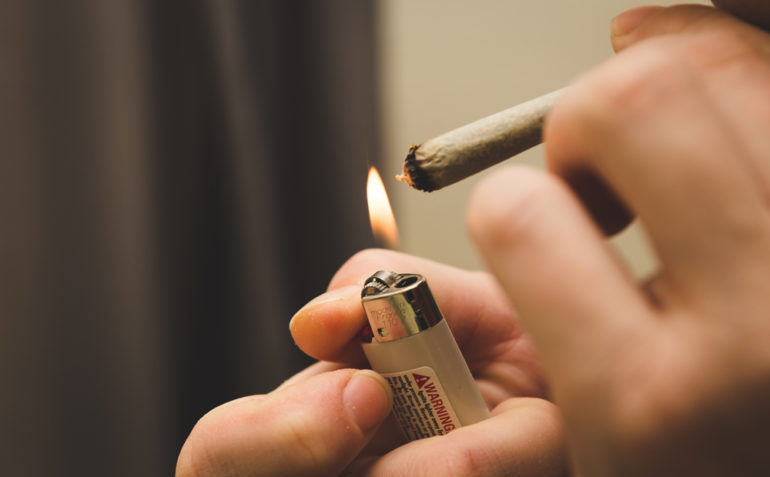 Cannabis, also known as marijuana among other titles, is a psychoactive plant that is usually smoked or eaten.

Medical marijuana sometimes is used during pregnancy.  It is derived from the Cannabis plant used for medical or recreational purposes. The main psychoactive component of Marijuana is tetrahydrocannabinol, one of 483 known compounds in the plant, including at least 65 other cannabinoids.

These cannabinoids have certain properties that make them affect consciousness, due to the innate cannabinoid receptors found in the human brain, which makes it very mentally likable and physiologically pleasurable for people.

Medical marijuana is a cannabis derivative from the  marijuana plant or chemicals in it to treat diseases or conditions. It’s basically the same as recreational cannabis, but it’s taken for medical purposes which is recommended by a health professional.

The marijuana plant contains more than 100 different chemicals called cannabinoids. Each one has a different impact on the body and the brain. Naturally. Humans are able to detect cannabinoids in their system as the human brain is rich with cannabinoid receptors, as cannabinoids are also naturally produced by the human body.

Delta-9-tetrahydrocannabinol (THC) and cannabidiol (CBD) are the main components of cannabis that is sought for its medicinal value. THC is also responsible for the “high” that people feel when they smoke marijuana or ingest foods that contain this compound.

There are various types of cannabis, and different grades of weed that define their potency, mind-altering properties, and healing capabilities. A most common question asked by people is “what does medical marijuana look like?”

Well, for starters, medical marijuana I weed grown by a professional grower in order to track the potency and unique properties of the plant. Medicinal Marijuana plants have larger buds, and more aromatic smell due to the higher presence of THC and purer forms due to its strict growing parameters.

Non-medical marijuana are those strains that are more recommended for recreational purposes, for it might have a higher amount of THC than CBD. CBD is the compound that holds most of the pain-reducing properties of cannabis, while THC is popular for its “High” inducing element.

Many dispensaries know how to grow medical weed due to years of accumulated knowledge in practice and research. The dispensaries that sell medical grade marijuana usually have a network of trusted growers who are capable of identifying and classifying their medical marijuana strains.

These dispensaries are partnered with medical workers who then recommend the different strains to different kinds of symptoms. Using these medicinal cannabis can alleviate specific diseases and pain.

In 1999, it was discovered by a Government sponsored research by the Institute of Medicine that the cannabis plant have certain medicinal uses and benefits for medical conditions. It was found out to treat nausea caused by chemo therapy, and it was able to treat wasting caused by AIDS. Since then, a number of studies have been conducted to show the medicinal benefits of smoking or ingesting weed for its pain reducing qualities. Medical grade marijuanas are now available in different dispensaries where it can be availed legally as it is regulated.

in the study published in the journal Molecular Cancer Therapeutics, it was found out that Cannabidiol has the capability to alter the development of cancer cells by turning off a gene called Id-1. This stopped or slowed the further spread of the cancer. In 2007, scientists at California Pacific Medical Center in San Francisco,  observed that CBD may actually be used to prevent cancer from spreading. The researchers tested their study on breast cancer cells in the lab that had high level of Id-1, and treated them with the compound in cannabis, cannabidiol.

THC in marijuana can prevent Alzheimer’s

THC, the active ingredient present in marijuana, is actually proven to slow the progression of Alzheimer’s disease, a 2006 research by Kim Janda of the Scripps Research Institute published.  THC can slow the formation of amyloid plaques in the brain by blocking the enzyme in that produces it. These amyloid plaques are observed kill the brain cells, and thus, they can potentially lead to Alzheimer’s disease.

Cannabis can be used to treat glaucoma, which is a condition that increases the pressure in the eyeball, injuring the optic nerve and causing loss of sight. According to National Eye Institute, smoking or ingesting cannabis compounds can lower the pressure inside the eye. In their study, they stated that “Studies in the early 1970s showed that marijuana, when smoked, lowered intraocular pressure (IOP) in people with normal pressure and those with glaucoma.”

These capabilities of the drug can prevent blindness.

The pain lessening effects of marijuana can Relieve Arthritis

In 2011, it was reported that cannabis reduces pain and inflammation, and as an additional benefit,  promotes sleep. This effect of cannabis is of great benefit for those suffering chronic physical pain, as this could help relieve pain and discomfort for people with rheumatoid arthritis.

Researchers of the rheumatology units at several hospitals recorded the study by recommending their patients Sativex, a cannabinoid-based pain-relieving medicine. After two weeks, the people who received Sativex had a significant report of reduction in pain, and improved better sleep quality compared to users under a placebo test.

A 2003 study showed that marijuana can be utilized to regulate and control epileptic seizure. Scientist Robert J. DeLorenzo, of Virginia Commonwealth University, administered marijuana extract and synthetic marijuana to epileptic rodents. The drugs stopped the seizures in approximately 10 hours.

It was found out that the THC controlled the seizures by binding the brain cells responsible for managing excitability and regulating relaxation. The results were published in the Journal of Pharmacology and Experimental Therapeutics.

These are just some examples of the benefits of Medical Marijuana today. There are various ways to obtain medical cannabis.