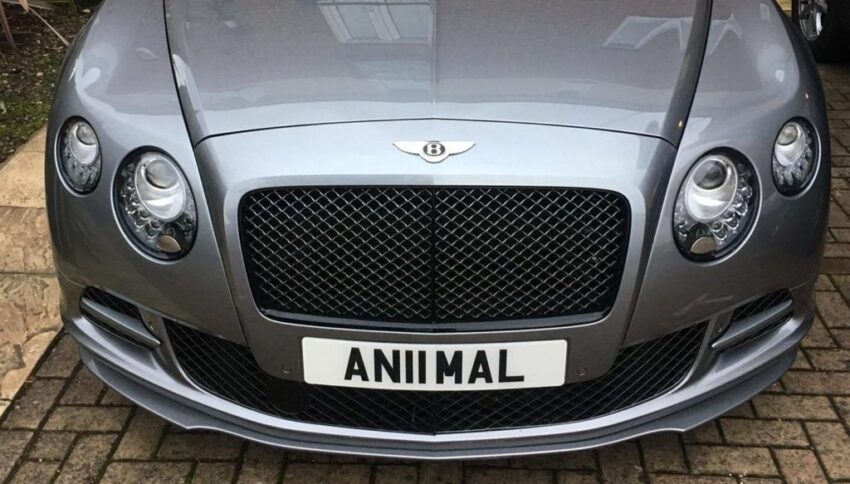 You don’t need to be a car lover to be interested in personalised license plates. Still, if you like cars, an explosive cocktail can be generated that ends with the disbursement of a large amount of money to acquire one.

And we say that because it will be able to change the shape slightly (be hexagonal or octagonal) and have personalized background graphics. Well, that’s something. Isn’t it? If you are up to count on reliable specialized teams to get your private plates better look for updated information on trustworthy sources of information. This is the best way to enjoy both a personalized plate number and an excellent service

Buying and selling personalized license plates in the UK

In the United Kingdom, there are several ways to buy and sell personalized number plates, but the best and safest way is to do it safely from your home. To find out more about it, visit the CarReg  and check out their fascinating database. Also, you can get some valuable information there, so we highly recommend it.

The British personalized registration “F” costs a whopping 16.5 million euros In the United Kingdom, license plates are customizable, transferable, and reusable. Hence, there is a market for the sale and purchase of plates that allow you to trade real follies for the original ones. But never before has an eight digit price been set for one of them.

The coveted “F” license plate, owned by businessman Afzal Kahn, is currently for sale for a whopping £ 14,412,093, or more than € 16.5 million (including tax). This figure is only available to capricious people with a sizeable current account. It remains to be seen if someone finally pays this considerable amount.

According to the British newspaper Daily Mail, in 2013, the owner of Kahn Design, a supercar design and preparation company, rejected the amazing offer of almost seven million euros for this plate, which currently sports his Bugatti Veyron.

The following year he tried to sell it for £ 10m, but nobody bought it. Hence the skepticism that some rich person now agrees to pay even more for it. In case of closing the operation, the business would have come out well for this 44-year-old millionaire, since he acquired the registration in 2008 bidding for it no less than 440,000 pounds (about 512,000 euros).

A decade ago, it was surprising that someone would pay a little fortune for something like this, even if it were as iconic as the one we are dealing with here. In 2014, another millionaire broke the record paying more than 600,000 euros for another registration. In that case, John Collins, a luxury car dealer, acquired the “2” “O” “o” put it in a precious Ferrari 250 SWB that had belonged to Eric Clapton.

In Hong Kong, personalized registrations have been allowed since 2006, and they have a price that starts at approximately 600 euros. They must have a maximum of eight characters (numbers or letters), but the letters I, O and Q are not allowed because they are misleading in their reading. They also do license plate auctions for which millions are paid.

Belgium is another of the countries that have only recently allowed this type of license plate, but the list is more extensive than it seems. Canada and the United Arab Emirates allow it. The latter, mainly, where money seems to have a different value than the rest of the world and where these license plates are almost obligatory for many owners, whatever is their

Andorra is also targeting the trend of personalized license plates by passing a bill. And it has its logic. After all, it is something that does no harm anyone and generates impressive income for the public coffers. It wouldn’t hurt to take notes, do their math, and launch initiatives of this type instead of playing cat and mouse armed with invisible radars.

But the customization of the Andorran license plates is limited. The plate itself, its  dimensions, and design cannot be modified. Free choice is limited to the characters, who are also subject to different rules regarding combinations of letters and numbers, the prohibition of using registered trademarks, state signs, or expressions against morality.

The reservation price will be 40 euros, and depending on the combination of letters and numbers, the registration fee is different and varies between 300 to 6,000 euros. To this must be added an annual price of 200 euros for having that individual registration. But still, whoever likes it, will not hesitate to pay.

In Germany, what you can do is reserve the number you like online and wait until you are notified of its availability to obtain it.

The five most expensive license plates in the UK

Many British drivers are following a trend to personalize their license plates and thus give a unique touch to their vehicle. In fact, over the past year, over £ 100 million has been spent to get your personalized badge. Now, we introduce you to the five most expensive license plates in all of Britain. Authentic models that, if they are already exclusive, these plates give them a unique identity.

To put the “1” in the registration of his Rolls-Royce, Saeed Abdul Ghaffar Khouri, a businessman from Abu Dhabi, had to pay 9.5 million euros.

Afzal Khan paid 575,000 euros for carrying “F” on the license plate of his Mercedes SLR McLaren.

That would be the first vehicle in Scotland with a personalized license plate. An anonymous person bought it, and it is believed that he paid 527,000 euros to put S1 on the plate.

It currently belongs to Roman Abramovich, owner of Chelsea, although its previous owner paid 372,000 euros to put a unique VIP 1 on its registration.