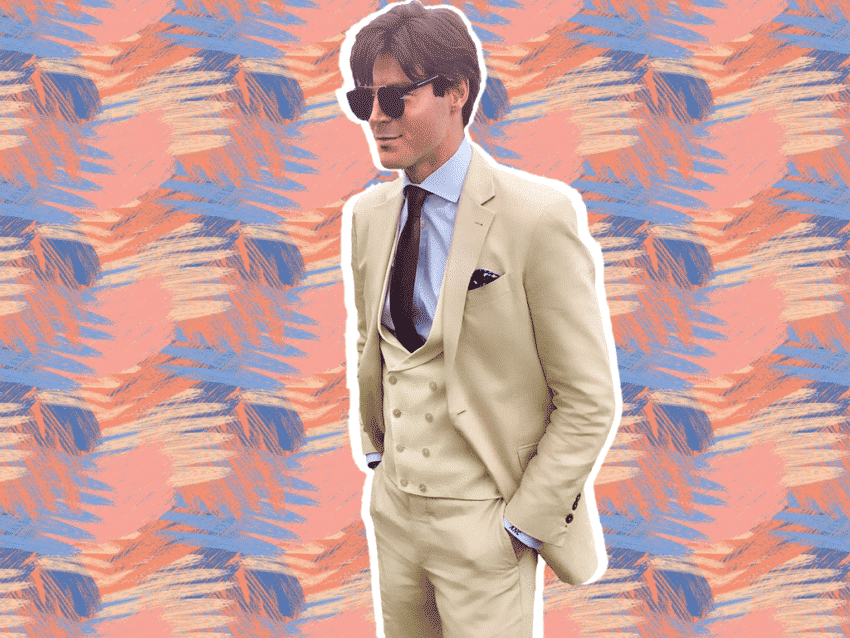 Expensive suits, beautiful locations and exclusive parties are just a few of the first things you’ll see during a visit to Antoin Commane’s personal Instagram page.

Commane appears to live a life of luxury – one which is surely envied by each one of his impressive 204k followers. Despite his social media presence, however, Commane still appears to be fairly private about his personal life. Perhaps it’s all a part of his brand, which is certainly one of exclusivity, and a world accessible only to those who are invited into it.

Commane is the founder of Don’t Die Wondering, a brand with two different branches to it – the first of these being an online magazine celebrating all things music, art and fashion. The DDW website provides an interesting insight into the lives of the rich and famous – even their list of three books to read over a bank holiday weekend reflects this, recommending stories of Gucci, Chanel and Cartier, and all the intrigue that surrounds them. Recent music features on the website reveal a world of intimate and exclusive music events, including a small gig performed by Grammy-nominated duo Camelphat to a limited gathering of fans in East London.

The other side to Don’t Die Wondering is their events society, which operates in both London and New York. The invite-only society provides its members with exclusive access to an enviable range of different occasions, and appears to be very much reserved for the social elite – influencers, actors and those in high society all rub shoulders at these glamorous evenings. The photographs from these exclusive events make it very clear that there is something of a mystique around Don’t Die Wondering, and it’s a secret that many would love to be let in on.

However, attempt to apply for Don’t Die Wondering’s events society through their website, and you are greeted with a notice that applications are currently closed, and will open ‘if a current member gives up their spot’. It’s hard to imagine why anybody might want to give up their spot at all.

But how did Commane come to found Don’t Die Wondering? Commane has an extensive history of entrepreneurial ventures, including upmarket London nightspots in Kensington and Mayfair, and owns an advertising agency, Coveria. Scrolling through his Instagram feed also reveals an interest in spirituality, specifically for self-development, which is also heavily present on his Twitter page. Perhaps it’s this drive to be his best self that has led to his success.

It’s clear that Antoin Commane is driven primarily by a desire to better the world immediately around him, and to encourage others to do the same. Since the beginning of the Coronavirus pandemic, he has adapted the services of Don’t Die Wondering by bringing a range of ‘stay at home’ live-streamed functions to their members, keeping the social scene of the elite alive during a time when socialising itself is incredibly difficult. It’s an impressive show of business-savvy on his part, and on the part of the Don’t Die Wondering team as a whole.

By looking at Antoin Commane and Don’t Die Wondering, we see a picture emerging – one of a new kind of entrepreneur, who is quick to adapt to the changing world, and to use the internet and social media to their advantage. It’s clear that Commane has a deep and intellectual understanding of how social media works, and how a brand can build itself up in the hardest of settings, even such as the one we are seeing now, to grow and hold influence over the hundreds of thousands who are listening in, hoping to use some of this advice and knowledge to their advantage.

Despite the exclusivity of what Commane has created, it seems he would like everyone to hold the belief that they can use their own knowledge and self-awareness to reach such heights themselves, and be a part of the world that they watch so closely – it isn’t about delusions of grandeur, but more about creating your own reality, and bringing it to fruition.

Spirituality may, for Commane, be a sizeable piece of this puzzle, but it is clear he understands that these feats can’t be achieved using spirituality alone – it’s got far more to do with your own self-belief, and teaching yourself to build this up for your own benefit, and the benefit of those who could also learn from you. Not everyone can be born into the world that Commane is a part of, but perhaps, with enough determination, they can find their way in through another route.

Of course, there’s such little information available about Antoin’s life before Coveria, Don’t Die Wondering and his impressive role within the lives of the London and New York elite that it’s near impossible to determine whether he, himself, was simply born into wealth. However, it takes just a look at his social media influence and impressive business portfolio to see that he didn’t get to where he is with luck alone.  It’s plain to see that this is a man who has used determination and smarts to build influence, and an understanding of the changing online landscape to maintain it.

Exclusivity is, of course, a big part of what makes Antoin Commane’s current brand and line of work so successful. It’s fitting, then, that he, himself, is part of another exclusive group – a group of twenty-first century social media stars who use the power of Instagram, Twitter and a collective desire to succeed, in an effort to teach others that, with enough determination, any one of us may be able to do the same. In the current climate, nobody knows what the world will look like tomorrow, let alone within the next few years, but one thing is clear – Antoin Commane will surely find a way to continue to succeed within it, and to inspire those who follow him to embark on similar journeys for themselves.